An overview of cannabis terpenes

When you enter a cannabis club in Barcelona the budtender at the dispensary will first of all suggest you testing the aroma of this or that sort. Spanish cannabis enthusiasts just go crazy about marijuana aromatic components and consider them one of the major factors of choice.

The unique fragrance of cannabis is what makes this plant so special. Most marijuana consumers are really fond of its delicious and impressive aromas. The marijuana plant consists of a great number of components. Among them there are specific ones which define its particular smell and taste. They are terpenes. 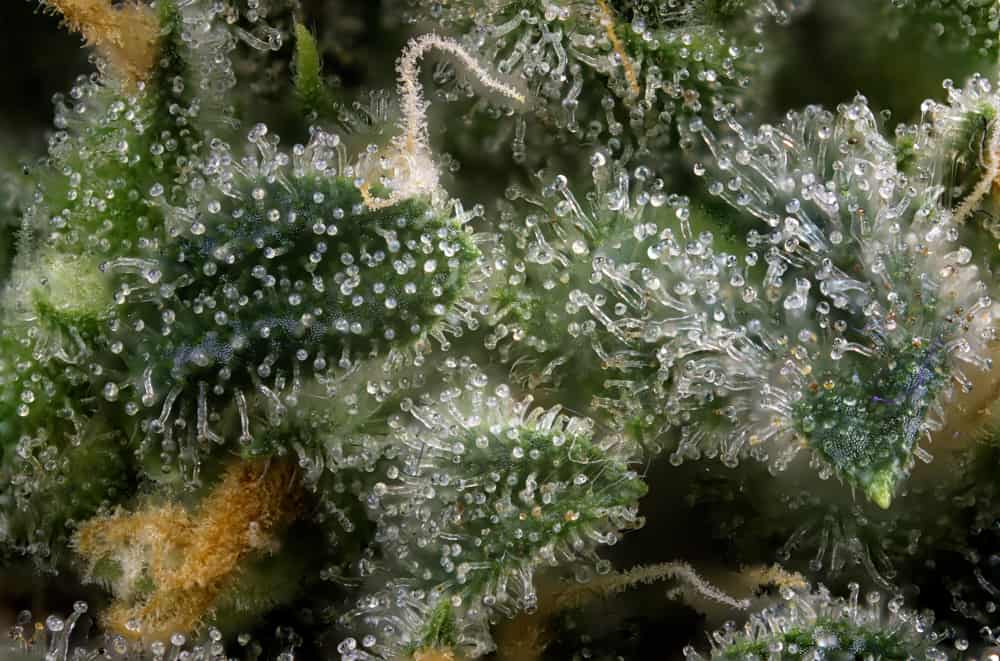 Terpenes are aroma organic hydrocarbons secreted in little resin glands of female plants. So it’s them that have such a noticeable impact on our senses. They are derived from organic plants, from cannabis and can be produced synthetically with the same molecular structure. Their development depends on many factors: weather, light, soil, fertilizing, plant age, day-night rhythm. With more intense light the process of terpene production fastens and gets more extensive.

Over 50 thousand terpenes have been detected in nature. Among them 80 to 140 terpenes are common for cannabis. The combinations of cannabinoids and terpenes plus optimal dosages of them provide psychoactive and therapy effects of marijuana.

Biological function. The original role of terpenes in plants is to attract pollinators and to fight off predators. So they provide adaptive functions. Besides terpenes tend to protect plants from a number of fungi and bacteria and some other threats from the environment.

What are cannabis terpenes effects?

The role of terpenes in cannabis for consumers is very high. It’s them that create different aromas and flavors varying from strain to strain. Terpenes can give a citrus smell to one sort or fruit and candy notes to others. Or you can smell distinct flowery aromas, or maybe groundy and pungent ones. Imagine that weeds can smell even of cheese!

Thus terpenes can help you make a personal choice and enable you to memorize and distinguish sorts. The higher concentration of a particular terpene in a particular sort is the easier it’s to define their potential accents.

But it’s not only smell that matters. Terpenes are good at enhancing therapeutic effects of THC and CBD depending on a sort. The reason is that they aid to absorb medical components of cannabis products.

Recent researches suggest that THC and CBD alone won’t provide clinical and intoxicating effects of weeds. And here terpenes come with other non-cannabinoid components to enhance those effects. This ‘collaboration’ process is called Synergy or Entourage Effect.

The ‘high’ effect depends on the THC level in the plant while particular sensations you get depend on terpenes. Some terpenes release stress and help to relax while others give a stimulant effect and help to concentrate.

What’s interesting is that entourage phenomenon enables some components to mitigate adverse effects of other components. And terpenes play this role as well.

What’s more important about terpenes is that they provide a wide range of health benefits.

They aid to relief pain and nausea, relax muscles, provide sedative effect or boost energy and improve focus, can work as an antidepressant. They have anti-microbial, anti-viral, anti-inflammatory influence and many more. So imagine how important the scent of plants is!

Let’s see how terpenes in weeds work. Terpenes are connected to the brain’s receptors, and when chemicals get in touch with these receptors there comes a bodily response. Terpenes take part in producing most important neurotransmitters, biologically active chemical components, for example dopamine (motivation and movement) or serotonin (temperature and mood).

Which are the most common terpenes in cannabis?

Limonene is a popular savoury terpene detected in citruses. Limonene is perfect at reducing stress, uplifting the emotional state and good at fighting various types of cancer. It’s also known for fungus and bacteria suppress abilities. Its fast absorption into the bloodstream helps to absorb other terpenes. Limonene has a very high insecticide effect. Other plants containing limonene are rosemary, bergamot, caraway, fennel, juniper and so on. Limonene can be found in such strains as Strawberry Banana, Wedding Pie, Lemon Skunk.

This monoterpene is the most frequent terpene in cannabis. Its aroma is herbal, musky, ground. Among its potential effects we would call relaxation first of all and its high level ensures sedative power of indica sorts. Its therapeutic effects include relieving pains, inflammation, insomnia, muscle cramps, depression, even cancer and oxidation processes. Myrcene is found in eucalyptus, hop, mango, thyme, bay leaf, citruses. It’s noted that combination of THC and myrcene intensifies marijuana ‘high’ effect. Myrcene can be found in such strains as Blue Dream, White Widow, Cherry Pie.

Pinene is the most spread terpene in the nature world. Its name undoubtedly refers to pine plants, also called Pinophyta, or conifers. It is a very important component of conifer resin. Its most famous medical effect is improving breathing conditions. Its activities include anticarcinogenic, anti-inflammatory, even antibiotic. Pine needles, rosemary, sagebrush, parsley contain this terpene. Pinene can be found in such strains as Big Smooth, Snoop’s Dream, Critical Mass.

Linalool has a floral fragrance with a candy hint. It gives a sedative effect on the nervous and cardiovascular systems. It’s been used for treating sleep disorders and depression since ancient times. Specific for marijuana it can help to diminish anxiety which sometimes THC brings. In the nature linalool is met in strawberry, tomato, ginger, grapes, tea, mango, citruses, lavender, basil, garlic. Linalool can be found in such strains as Kosher Kush, Do-Si-Dos, Lavender Jones.

This terpene is characterized by sweet, herbal and woodsy notes. The most distinguished effect of ocimene is energetic so it’s found in sativa sorts and is better long before sleep time. Ocimene is believed to have anti-microbial, anti-viral, anti-inflammatory effects. It works well with excess mucus and that explains why people cough more when they smoke cannabis strains with the ocimene terpene. Other plants producing ocimene are orchids, mint, lavender, parsley, oregano, basil. Ocimene can be found in such strains as Dutch Treat, Amnesia, Clementine.

This terpene is spicy and musky. Caryophyllene is the only terpene to be connected with our endocannabinoid system comprised of a large network of receptors which play essential parts in the central nervous system. The terpene helps to relieve stress, cause relaxation, reduce anxiety and inflammations. Plants containing this terpene are black pepper, cloves, cinnamon, oregano. Caryophyllene can be found in such strains as GSC, Original Glue, Purple Punch.

How to consume terpenes?

You can consume terpenes in an isolated form as vape liquids but in this case the effects are less notable. Then a much more effective method to consume terpenes is together with marijuana products. It includes plant forms, edibles, vape oils and others. Different sorts of cannabis vary in quantities and varieties of terpenes and that accounts for various effects of consumed sorts.

Are terpenes and terpenoids the same?
A lot of people interchange these words and it’s a common mistake. Terpenes refer to the organic combination of hydrogen and carbon while terpenoids refer to oxygen-containing organic chemicals derived from terpenes. Within the framework of our current topic it’s correct to use the word ‘terpenes’ not terpenoids.
Are there terpenes in medical cannabis?
Terpenes are found in all kinds of cannabis. Their quantity and aroma levels differ due to cultivation conditions, processing methods and the extraction phase. Terpenes contribute to health effects of medical cannabis.
What’s the difference between terpenes and essential oils?
Both terpenes and essential oils relate to aromas. But terpenes are individual aroma compounds while essential oils are easily evaporated liquids which contain various components extracted from plants including terpenes. The most common terpenes derived from cannabis are present in many popular essential oils.
Are cannabis terpenes legal?
The legal status of terpenes derived from cannabis varies from state to state depending on the common legislation status of cannabis itself. In communities where cannabis has a certain legal status you can buy or online order terpenes profiles, e-liquids with terpenes or terpenes containing cannabis products.

<h2>Conclusion</h2>
When you get to know terpenes qualities you will be capable of defining potential effects of different strains and will be ready for these effects by just smelling them. Isn’t that the most reliable way to make the right and most beneficial choice?

The researches of terpenes are still quite young so a lot interesting and useful is going to be revealed about terpenes potential by laboratories in different countries.

In Barcelona cannabis clubs you will always find a vast choice of aromatic and delicious cannabis sorts for your pleasure and various therapeutic benefits.